Both of these dogs are the most 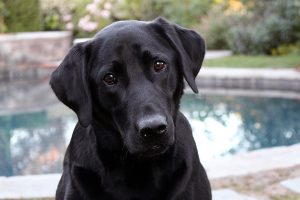 So which is better, Golden Retriever or Labrador Retriever? I am going to show you the differences and the similarities between the two dogs.

You might be surprised how many similarities there are between the two dogs, but it isn’t much of a surprise since they come from the same ancestry.

The Labrador Retriever can go out and hunt or work all day, while the Golden Retriever will go out for a leisurely hunt and than come home and relax and be a charming house pet the rest of the time. 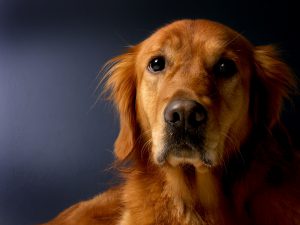 There are many things between these two dogs that are very similar.

The two breeds also share many similarities in appearance. The average height for both is between 22″ – 24″. They have long tails, folded ears, and soft mouths.

Take a look at this chart for a quick comparison between the two breeds.

Come in chocolate, yellow and black. 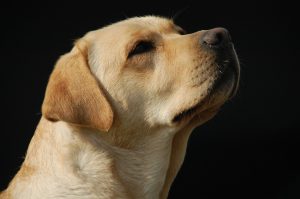 They have a broad head with pronounced eyebrows. Labradors have a medium non tapered nose and a muscular build. They are sturdy with well-defined body cuts.

Shorter fur which is hardly 1″ long and is a harsh and rough coat. There is very little maintenance with the Labrador Retriever’s coat. A brushing once per week should be enough unless they have gotten into something.

Labrador’s have a strong work ethic, a stubborn streak and are suitable for working long hours in harsh conditions.

Labradors have a high energy level, and sometimes this may interfere with their ability to focus and concentrate on training.

Golden Retrievers come in only one color, but it can shade from blonde to almost red.

They have a longer snout that will slightly taper at the end. They also are bigger than Labradors most of the time and their body is 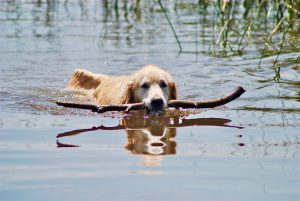 Goldens have long thick fur that can lay flat or be wavy, more fur and a fluffy tail. Because of the longer fur, Goldens require more time spent combing them. They should be brushed at least every few days with a good combing at least once a week. Their under fur will get matted and knot up if it isn’t combed frequently.

You will also incur groomer expenses. They should probably go to a groomer about twice a year to get their fur trimmed up, and this will also help with keeping them cooler in the summer.

Golden Retrievers have a medium energy level. They will need daily walks and play time for them is a must. In between walks and play time, they are happy to relax and nap, but make sure they also get mental stimulation and that they aren’t left alone for too long. They like to interact with people.

Golden Retrievers are alert, friendly, intelligent, loyal, playful and quiet. They are known to be eager to please their owner, very obedient and one of the easiest dogs to train.

Health Issues For Both The Golden Retriever and the Labrador Retriever

Both of these breeds do have some health concerns that you should be aware of.

Both have a high risk of cancer, obesity, hip dysplasia and ear infections. Also, they are at risk for Laryngeal Paralysis. This is an illness affecting older dogs that partially paralyzes the voice box, resulting in a muffled bark and difficulty breathing.

This is more pronounced when your dog becomes excited or when the weather is humid and it might result in them being unable to participate in the same amount of exercise that they once could do. I currently have a Golden Retriever that has this issue for approximately the past year.

Concerns for the Labradors only are Entropion, which is an abnormality of the eyelids, where the eyelid rolls inward. Also, they run the risk of malformation of knees and elbows.

In addition to the above concerns, Golden Retrievers health concerns include elbow dysplasia which is similar to hip dysplasia. They have also been known to have seizures and skin issues such as hot spots, along with allergies. 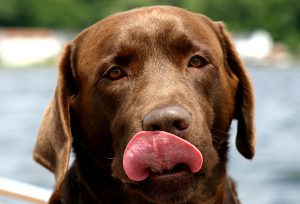 For both of these breeds, I recommend talking to your breeder if you are getting a puppy and finding out what the parents of the puppy’s might have experienced. This could save you lots of issues in the future by knowing the health of the parents.

You Really Can’t Go Wrong With Either Choice

If you are looking for a dog, a family member or a hunting companion, you really can’t go wrong with either the Golden Retriever or the Labrador Retriever. Both of them are friendly, loyal, intelligent and want to be part of your family. They are great with kids or anyone who would visit your home.

It is said that Goldens love to work because they love you. If you are sad or upset or use harsh words with them, it throws them off differently than a Labrador. They truly believe they are an extension of you. Your mood and your happiness level will affect how they are feeling. 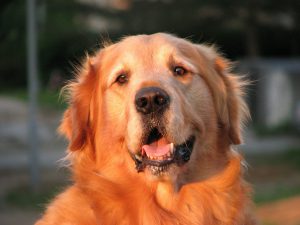 they are both fabulous dogs and with so many similarities it makes it hard to see if their is a one truly better than the other.

I am a bit partial to Golden Retrievers, but that is because I have had 3 of them. I am sure if I had a Labrador Retriever, I would think it is just as great as a Golden Retriever.

What I want from a family dog, is a great companion that loves the family and wants to be with us. You will get that from both of these breeds. That is why I say you can’t go wrong with either of them.

If you have any questions or anything you would like to share about either one of these breeds, please a message below.