Are you looking to get a Golden Retriever to add to your family? If so, and you are wondering if one sex is better than the other, you 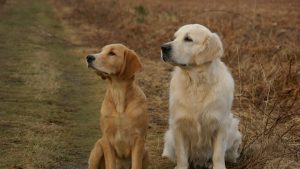 have come to the right place to find out about Golden Retrievers. Male vs Female Golden Retriever, let’s take a look at how they are the same, and how the two might differ from one another.

Depending on what age you decide to spay or neuter your Golden Retriever will make a difference on how tall your Golden will get and their overall health.  Goldens that get spayed or neutered at a young age (6 months), tend to grow taller.  Also, make sure that you are feeding your dog large breed puppy food, this will help them grow at the rate that is best for larger dogs.

Structural Differences Between Male And Female 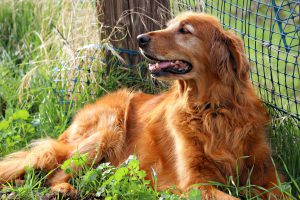 This is exhibited by a dog’s concern for his owner’s moods and feelings. Female Golden Retrievers don’t worship their owners to the same extent as males, but are still devoted and loving.

It has been said “to summarize the temperament differences between male and females, females love you. Males are in love with you,” according to Genuine Goldens.

Neither sex is easier to train than the other. Golden Retrievers respond best to “positive training methods,” as Goldens really like pleasing their owners. You will see that you will find very few differences between a male vs female Golden Retriever especially if your Golden Retrievers are spayed or neutered at a young age.

Neither are easier to house train than the other and they are equally intelligent, affectionate and sweet. Both are great with kids and both are an excellent companion or hunting dog.

Females tend to be more independent, stubborn and territorial than males, but it is very slight, and doesn’t affect having a great family dog. You might see that males are more affectionate, attentive and attached to their owners.

Males are easily motivated by praise and food and eager to please their owners, which might make them just slightly easier to train, but not by much.

I am assuming, but may be wrong here, that if you are researching this topic, you are looking to add a dog to your family, and possibly a Golden Retriever. If that is the case, let me share a bit about Golden Retrievers and what you should know about them.

Golden Retrievers are true family dogs, and they will make sure that they are part of the family at all times unless they are napping, which they do frequently. They love people, are friendly, and want to be included in whatever you are doing.

Over the years, I have had 3 Golden Retrievers which a new puppy coming in a few days, and all of them have had completely different personalities, but there are a few things that are very consistent in all Golden Retrievers that I have known or met.

These points are going to be the same no matter if you decide on a male vs female Golden Retriever. 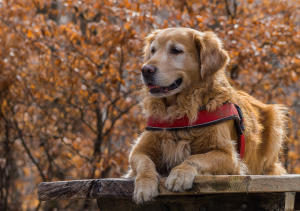 When comparing male vs female Golden Retrievers, you will find that both are affectionate, loving, want to be part of the family and are very intelligent dogs.

They tend to always want to be by your side and want to be included in everything that you are doing. It can be very hard to leave them behind when you need to leave, since they can have the saddest looking eyes, and I believe they are intelligent enough to know exactly what they are doing when they give you that sad look.

If you are getting a new puppy, take a look at this checklist for a new puppy.  It will make sure you have everything you need before you bring your new puppy home.